“SURGEONS TRAINED WITH VIRTUAL REALITY ARE 29% FASTER AND MAKE 6 TIMES FEWER MISTAKES THAN THOSE WHO LEARN VIA TRADITIONAL LEARNING.” 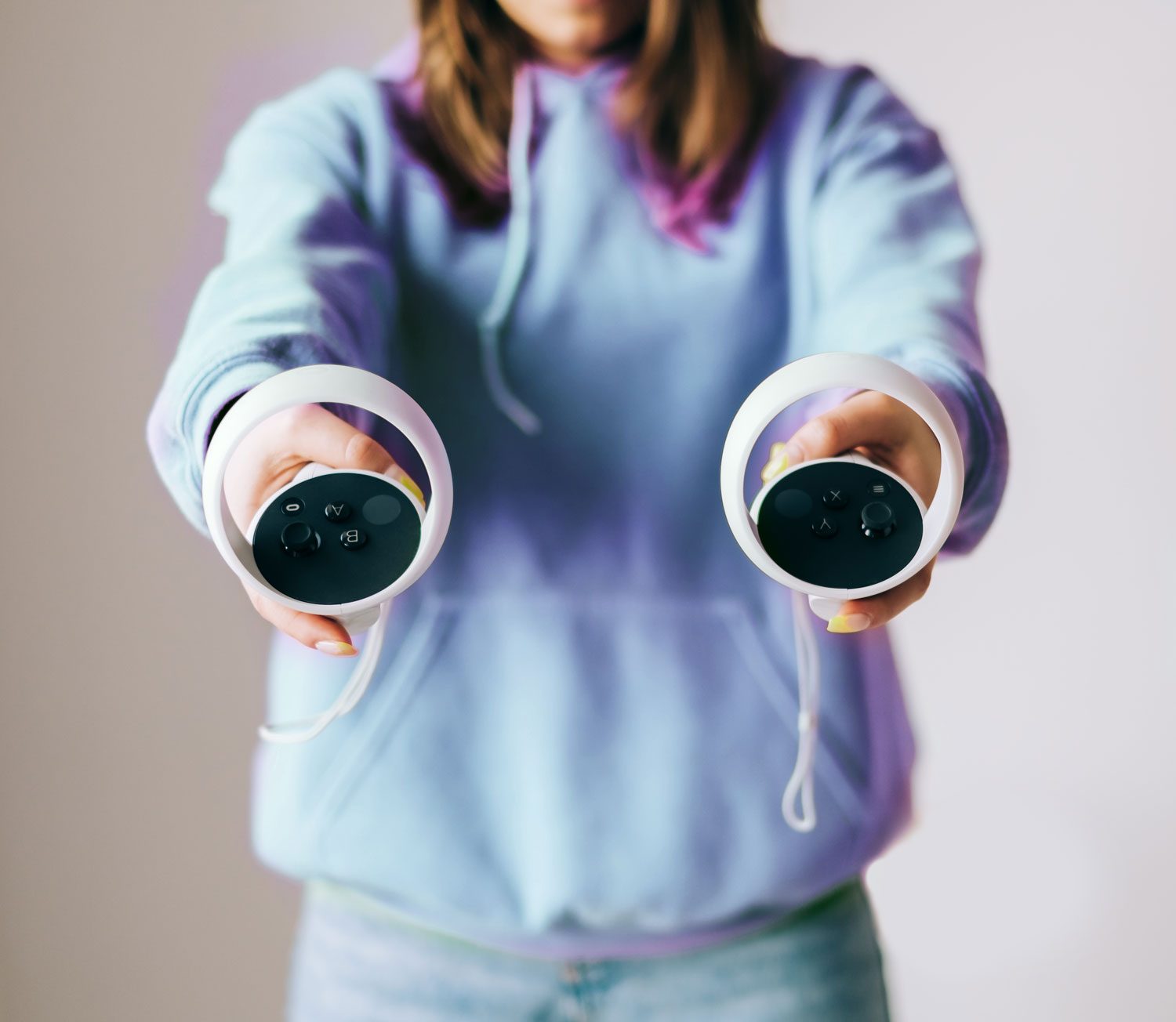 The Kauka team designs the virtual reality training modules tailored to the client.

We design the training

The Kauka team designs the virtual reality training modules tailored to the client.

We programme the modules

Our programmers develop the virtual training module for the chosen health process. The module can be run in training mode (with a step-by-step guide) or in evaluation mode (with challenges that the student must overcome on their own).

Via our SAVI platform we offer a learning assessment system, in addition to providing instructors with a personalised tracking tool for each student.

THE SAVI PLATFORM IS AN ONLINE SYSTEM FOR THE CONTROLLED DISSEMINATION OF INTERACTIVE TRAINING MODULES BASED ON 3D AND VIRTUAL REALITY, WHICH ALSO ALLOWS TRAINERS TO CARRY OUT DETAILED MONITORING OF THEIR STUDENTS’ PROGRESS.

SAVI is an online and multi-support system that allows the teaching team to:

Consult students’ history and track record as well as statistics and other relevant data, in order to evaluate progress.

Website back office: Makes it possible to track students’ use and progress in the training programme.

Assessment mode: the data obtained by the students in this mode are collected with SAVI, so that the team of instructors can grade the training in the same way as they would in a face-to-face format. 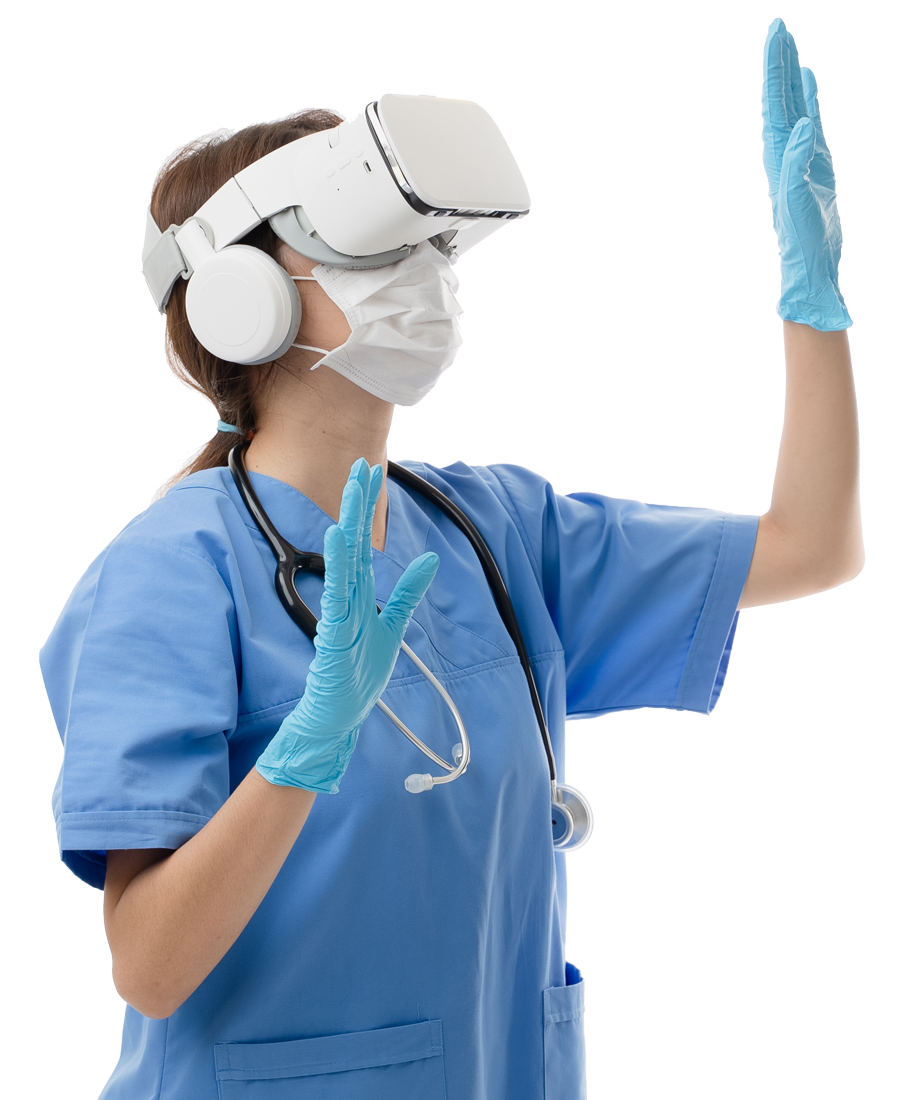 It has been proven that:

Students trained in virtual reality show a  250% improvement in their ability to accurately complete a safety procedure (source).

There is a 50% reduction in critical surgical errors and a 34-fold lower cost for students trained via virtual reality (source).

There is an  ncrease of more than 400% in long-term retention levels a in students trained via virtual reality (source).

Virtual reality is 400% faster than learning in the classroom (source) and there is an un 80% saving in training time for VR students (source).

How is virtual reality being applied to Healthcare?

Forced to use expensive materials and face-to-face laboratories, training centres are looking for other cheaper and more effective alternatives, such as virtual reality.

With the costs of this technology having considerably diminished, and with ease-of-use increasing, both public and private sectors have adopted this technology with impressive results.

What is Virtual Reality?

Virtual reality moves the user into a computer-generated artificial environment. The virtual reality goggles block out the outside world and the user can interact with the alternative universe presented to them with total freedom.

How does it work?

After loading the application on a PC or console, the virtual simulation begins when the user puts on the goggles and familiarises him/herself with the movement controls. Virtual reality goggles function as immersive screens which fool the brain into believing that it sees a 3D image of a new environment, whether realistic or fictional.

To simulate the depth of that space, each eye is shown a scene from two slightly different angles, and the content is modified via various effects such as parallax, whereby distant objects appear to go slower.

In addition, specific sensors are used to detect user movements.

What is the difference between Virtual Reality and Augmented Reality?

Unlike the totally synthetic universes created with virtual reality, augmented reality (AR) projects computer-generated interfaces, simulations, or images on to the real world.

A clear example of AR is the popular mobile game Pokemon Go.

In this case, the user captures the world around them using their smartphone’s camera and the Pokémon Go application then superimposes the Pokémon game onto the user’s real environment, enabling them to interact with it through their Smartphone.

What applications does virtual reality have in healthcare?
REQUEST YOUR DEMO

We are partners of Innovae

A leading company for almost two decades in solutions based on virtual reality and augmented reality.